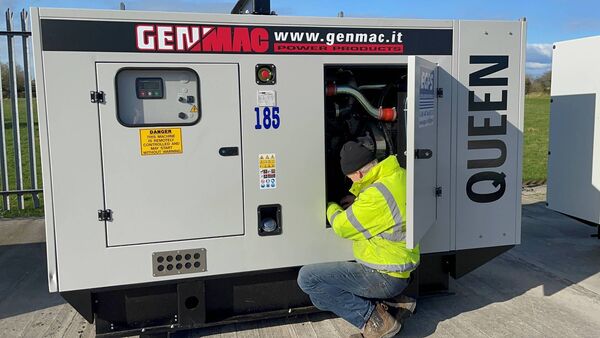 There have been calls for the Government to providing funding for the purchase of generators for dairy farms as the country faces a “complete and utter energy storm” this coming winter.

Irish Creamery Milk Suppliers’ Association dairy committee chairman Noel Murphy has said that “fear” is growing among farmers as they try to plan for the months ahead.

As a result of that concern, Mr Murphy said he is aware of farmers “pricing generators” to avoid any blackouts in the winter months.

A Co Tipperary-based supplier has told the Irish Examiner that he has seen a 50% to 60% increase in interest from farmers in purchasing generators compared to this time last year.

However, Mr Murphy warned that back-up generators are an “expensive piece of equipment, and with everything going the way it’s gone, the cost of living crisis, inflation, they’re going to be dearer”.

He also emphasised that farmers would like to see “more active funding for the more efficient side of things”, with farmers increasingly “looking at solar panels, and looking at putting more efficient units into their parlours”.

“The price of electricity is another thing, so lads will be looking at alternatives,” Mr Murphy said, as he called for an increased and improved focus on renewable energy funding through the Targeted Agriculture Modernisation Schemes (Tams), for example.

A range of solutions needed Fine Gael senator Tim Lombard, who is also a dairy farmer in West Cork, told the Irish Examiner that he has “no confidence and [is] not reassured in any way that we won’t have blackouts” this winter.

Looking ahead to an uncertain future, Mr Lombard has called on Minister for Agriculture, Food and the Marine Charlie McConalogue to include funding for generators under the next round of a funding scheme for farmers.

Mr Lombard was at a lengthy Oireachtas committee meeting in Dublin last week that was attended by the Minister for Environment, Climate and Communications Eamon Ryan, along with representatives of Eirgrid and the Commission for Regulation of Utilities.

Mr Lombard said Ireland now has a “complete and utter energy storm, and we need a range of solutions to sort it”.

“For me, having generators brought into the Tams is part of that solution,” he said.

He feels it would be a “practical and logical step forward” if uncertainty around energy supply is to continue into the longer term.

“And if we do have blackouts going forward, we’d need to have a system that the farming community can actually survive, and that would mean generating their own capacity with their own generator."

Gerard Cantwell of Electrical, Generator and Pump Services Limited in Thurles said that “everyone is afraid at the moment” of what “unknown” the winter will bring for electricity supplies.

Mr Cantwell stressed that it is a “must” for farmers to have backup power, and has warned that without power, they could be “out of business within 24 hours”.

“Every farm in the country should have a generator, and a lot of them are putting them in now, but the next problem they’re going to have is there’s a shortage of generators,” Mr Cantwell said.

“That’s down to Covid-19, because a lot of factories closed for nearly two years, and whatever stock they had is gone and now it’s going to take them a long time to build back up stock.

“We have an awful lot of generators on order at the moment, and we’re guaranteed ‘X’ amount, but we’re not guaranteed what we’re looking for this side of Christmas.

“And we’re talking about maybe 40% of what we’re looking for may not come in this side of Christmas.”

He estimates that queries and interest from farmers, in particular, looking to buy generators have gone up by 50% to 60% now compared to this time last year, a significant proportion coming from dairy farmers, along with “people from Northern Ireland ringing us too who would be in the poultry business and they’re in trouble up there as well, and piggeries”.

He said farmers “have to have more independence” to be able to run their businesses going forward.

“Every farmer, regardless of blackouts, should have a generator because the smaller farmers out there at the moment are milking 80 up to 140 cows, and the bigger farms after that are up to 700 cows.”

A PTO generator, for example, could set a farmer back as much as €5,500, Mr Cantwell said.

Because of this, Tim Lombard has highlighted the lack of grant towards it as an issue.

Mr Lombard also called for this funding in previous years, after farms experienced severe power outages as a result of storms.

“We’ve had money in the Tams that we can allocate to ensure that generators become a part of Tams, and I think the minister [for agriculture] should move in the next round to make sure generators are part of that,” Mr Lombard said.

Irish Farmers’ Association dairy committee chairman, Stephen Arthur, said that the “big fear” among farmers over the possibility of blackouts is “causing more stress” as they try to plan their “whole routine of managing cows with no electricity”.

“They need more certainty here and more guarantee that they’re not going to be cut off during milking time,” Mr Arthur said, who added that he would not seek funding from the Government for generators to get the industry through blackouts and brownouts for the foreseeable.

“It’s a real let-down by policy here, and a lack of planning," Mr Arthur added, in relation to electricity supply concerns.